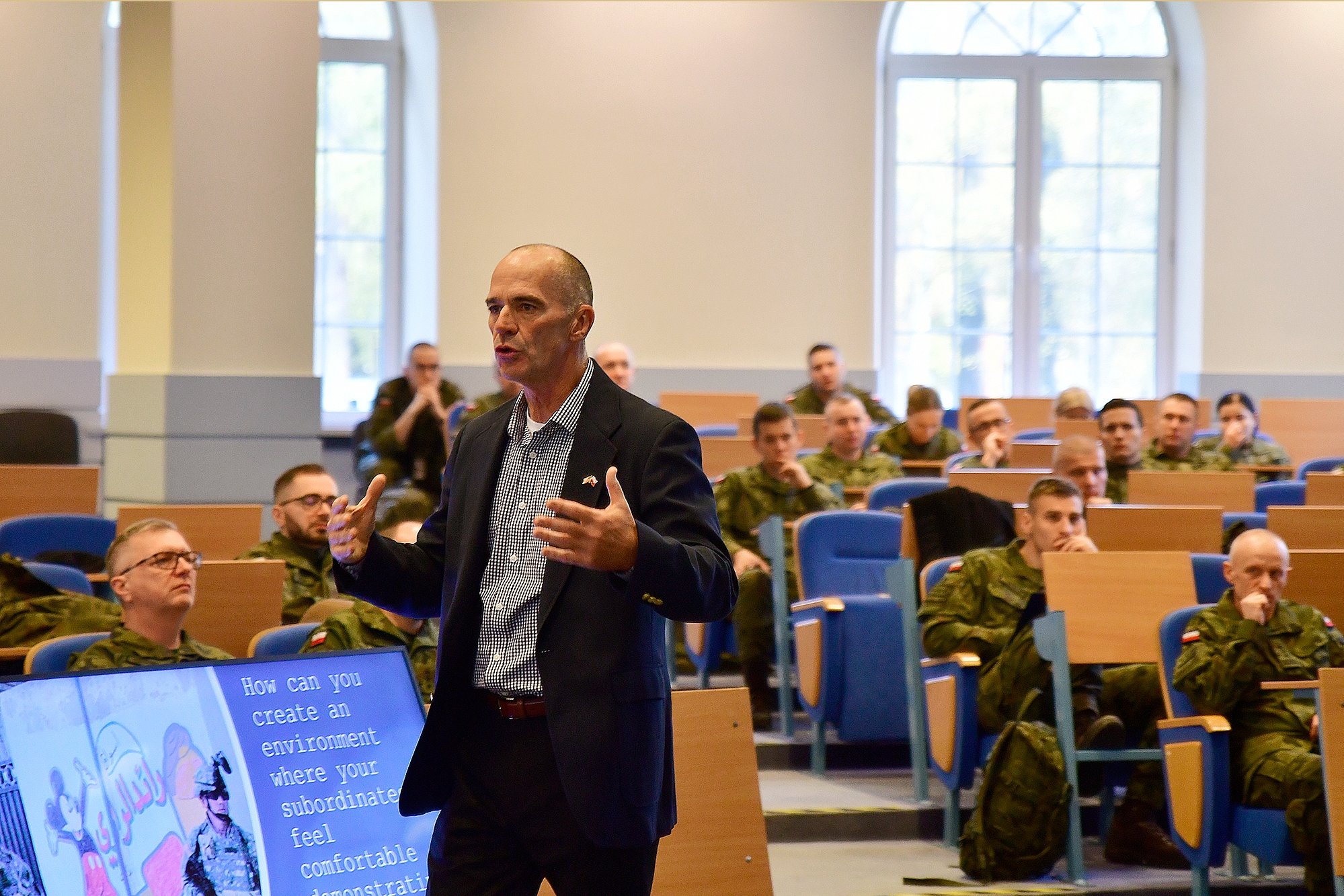 John traveled throughout Poland speaking in the Polish cities of Warsaw, Cracow, Dublin, and Wroclaw. In those cities, John conducted leadership workshops for cadets and students attending the Land Forces Academy, Air Force Academy, and the Technical Academy. John also spoke to civilian students at Jagiellonian University. John spent approximately one week, from October 12th to 18th, on what was called his Iron-Sharpened Leadership tour.

The main topics of the leadership workshops were centered on character, decision-making, and resilience. The workshops were interactive and all workshop attendees were excited to participate and share their thoughts. The workshop topics were based on John’s leadership book titled “Iron-Sharpened Leadership”. Many of the students came away with signed copies of the book.

Visit John’s store to purchase “Iron-Sharpened Leadership”, “The Ride of Our Lives” and other Leader Grove merchandise.