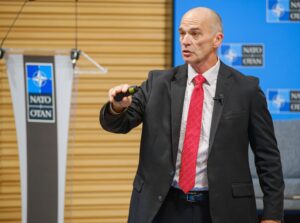 The Iron-Sharpened Leadership World Tour continued in Brussels, Belgium on May 12th, and 13th 2022. John Gronski provided a leadership keynote address to an assembly of NATO administrators, diplomats, and military personnel at an inaugural NATO Leadership Summit. The presentation was titled “Leading in Challenging Times” and covered some important themes found in Gronski’s book “Iron-Sharpened Leadership”.

During his keynote leadership address, Gronski shared stories about two defining periods of his life that helped shape his view on how to best lead during challenging times or in a crisis. The tenets of leading during difficult times, according to Gronski, are being clear on the organization’s overarching purpose and vision, leading with an offensive mindset, and remaining calm under pressure.

Other key takeaways from the presentation included being true to one’s values and character, Gronski said, “If you mortgage your principles in order to get ahead, you only get behind”. He also talked about the importance of a leader placing the welfare of their followers ahead of their own welfare.

Another takeaway was that leaders must have the courage to make tough decisions with imperfect information. Once those decisions are made, the leader must take ownership for the outcome of those decisions and not place blame if things go wrong. Gronski also said, “Hope is a method”. He expanded on that phrase by explaining leaders must be optimistic, but that optimism must be accompanied by a sound plan that the leader’s followers believe in.

A final key takeaway from Gonski’s talk was that leaders must be present when times get tough. During challenging periods, the leader must not hide behind closed doors but rather the leader must be visible to instill confidence and inspire others.

Attendees at Gronski’s keynote praised the talk as “inspiring and motivating” and comments such as “after hearing the talk I now feel alive” were heard afterward.

Following his keynote address, Gronski participated in a panel discussion to discuss the behaviors leaders must display during difficult times. He was joined on the panel by Burcu Sans, Deputy to the Assistant Secretary-General for Operations, and Piers Cazalet, Head of Press and Media and Deputy Spokesperson for NATO. The panel was moderated by Giedrimas Jeglinskas, Assistant Secretary-General for Executive Management. 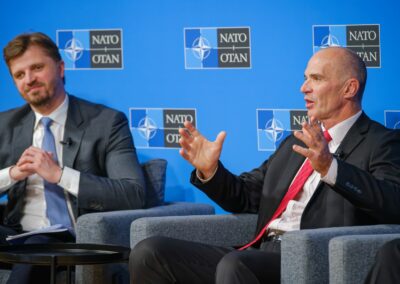 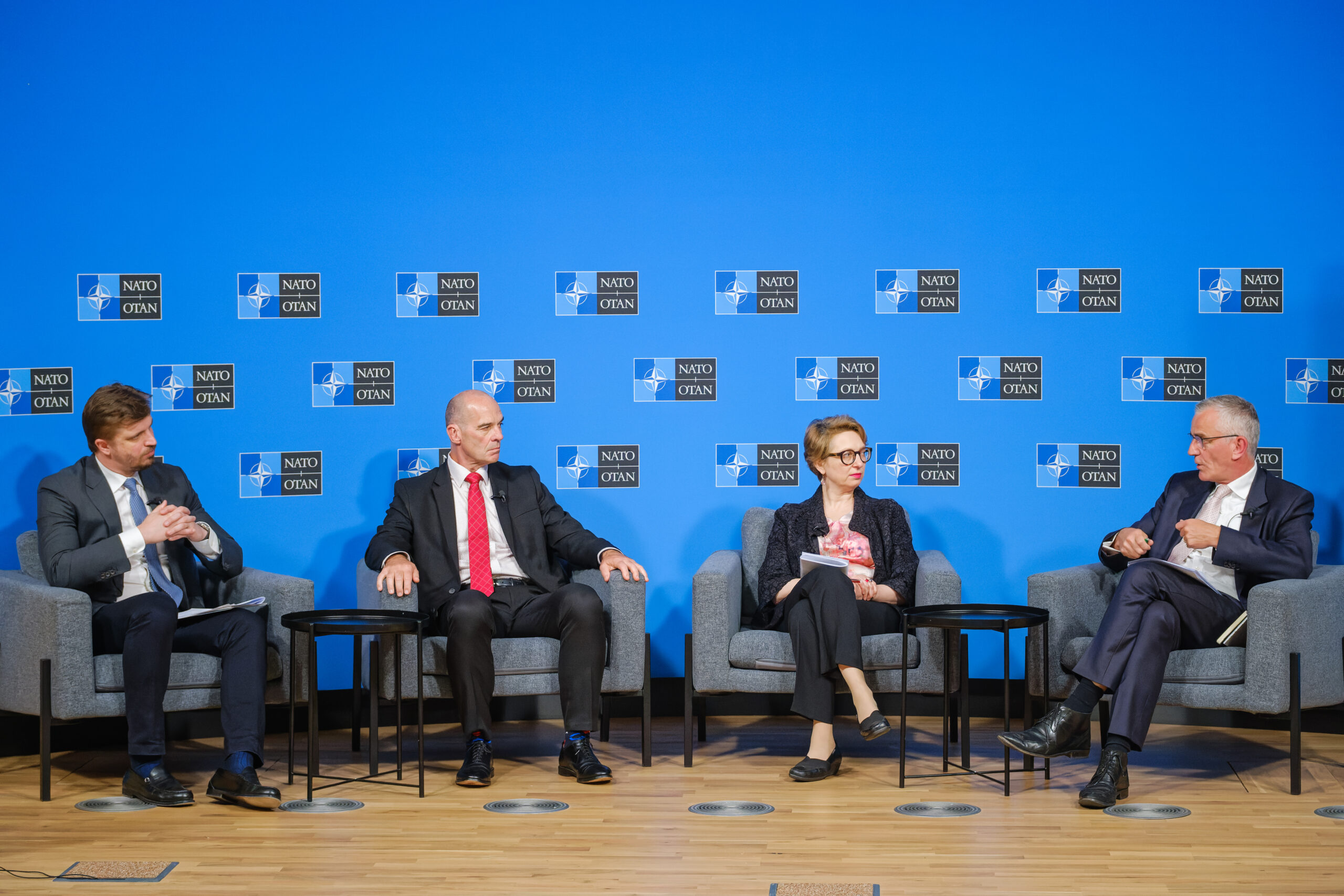 Visit John’s store to purchase “Iron-Sharpened Leadership”, “The Ride of Our Lives” and other Leader Grove merchandise.